In 2012, The National Institute on Drug Abuse (NIDA) reported that there were 24 million Americans that took part in the abuse of illicit drugs. Since this study was administered, the annual number of drug abuse cases has continued to climb and has grown into one of the worst epidemics this country has seen.

Most Common Drugs Abused in Florida

Because of its prime location, Florida is still a primary drug trafficking and money-laundering site. Heroin and cocaine are two of the main commodities in the state. With over 8000 miles of coastline, drug traffickers have a lot of opportunities to smuggle drugs into the country. Beyond that, from 2009-2010, Florida was the leading Pill Mill in the country. The most commonly abused drugs in Florida are:

Cocaine is one of the main drug threats in Florida and is available throughout the state.

Florida does not have a major heroin abuse problem, unlike other states. Most of the heroin entering Florida is bound for other markets outside the state. Still, many people in Florida enter drug treatment for heroin addiction

Marijuana is a popular recreational drug and people do become addicted and need to enter treatment centers.

Florida has seen uncommon increases in levels of abuse for prescription medication. Hydrocodone and OxyContin continue to be serious problems in the state for both trafficking and use.

The COVID-19 pandemic may have brought some unexpected consequences as far as substance use and overdoses in the U.S. While overdose deaths were increasing before the pandemic, the latest reports show that overdose deaths have mounted during the pandemic.

In 2018, Florida healthcare providers wrote 53,7 opioid prescriptions for every 100 people. This is compared to the national rate of 51.4 prescriptions. Opioids were involved in nearly 68% of all overdose deaths in Florida.

Using drugs in combination is known as polysubstance use. This is typically done to enhance the high or make up for the undesired effects of one drug by taking another. One of the major concerns is polysubstance overdoses caused by opioids being combined with other opioids and/or other non-opioid drugs. Opioid-involved polysubstance use is connected with an increased risk for overdose. Pregnancy Associated Deaths (PAD) declined overall in the past several years, but drug-related PAD nearly doubled from 9.5 to 17.9 per 100,000 live births. In 2017, the main cause of PAD in Florida was related to drug use. Drug use occurred at least twice as often as any other cause.

Opioid use during pregnancy has increased at the same rate as the general population. Marijuana and stimulants are also becoming more common during pregnancy. Other substances, including many prescription drugs, used during pregnancy can negatively impact fetuses and infants. This contributes to a group of conditions caused by withdrawal from substances such as:

Likewise, substance use during pregnancy affects more than just infants. Women with substance use disorder (SUD) are at risk of many negative health impacts as well. Particularly the risk of overdose in the year following delivery sometimes called the fourth trimester.

Since PAD due to other causes has declined or remained about the same over the past number of years, drug-related PAD makes up a larger proportion of overall PAD. In fact, in 2017 drug-related causes were the leading cause of pregnancy-associated deaths in Florida. 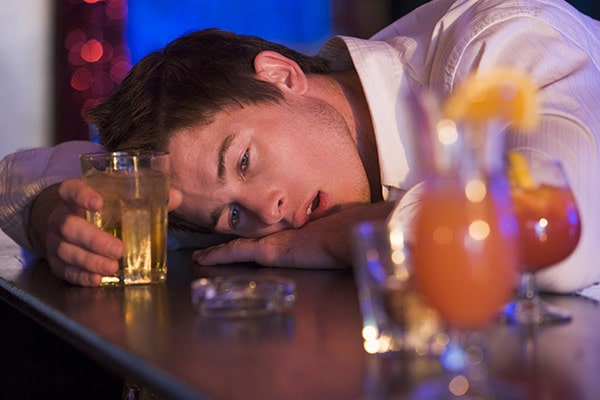 Since 1999, deaths from the use of alcohol have been increasing across the United States. Although the consumption of alcohol is a risk factor for several physical and behavioral health issues, most adults consume alcohol at least occasionally. However, excessive alcohol consumption can harm the brain, liver, and other vital organs. Furthermore, the long-term effects of excessive alcohol intake can lead to death.

Researchers at the CDC have examined how Floridians compare to other states in terms of:

It doesn’t seem too bad, comparatively speaking. But it may depend on the young Floridian drinkers who tend to grow up to be adult drinkers.

Researchers say that about 5% of Florida adolescents binged on alcohol in 2016. That’s a drop from more than 10% in 2007. But the same researchers say the number is beginning to increase and Florida could have more problems with teen drinking in the coming years

If you live in Florida, you know it as home, not just a party place. And if you or someone you love has a SUD, you know it’s not all fun and games. And you can get help right on Florida’s beautiful Treasure Coast at Miracles Recovery Center. These are some of the conventional treatment options available:

Partial hospitalization is an outpatient program that is specifically designed for the diagnosis or active treatment of a serious substance use disorder. This is appropriate when there is a reasonable expectation for improvement or when it is necessary to maintain a patient’s functional level and prevent relapse.

A PHP treatment program allows you to receive intensive treatment while still living at home. Typically, you will attend counseling sessions and fully structured treatment 5 days a week at the facility, for 6-8 hours per day.

IOPs are another option that allows you to live at home and maintain your daily schedule and live your life. This type of program is good for someone who has already completed an inpatient treatment program, PHP, or has a strong support system at home. It is also an appropriate choice for a person whose addiction is not so severe or long-term.

During an IOP you will attend therapy sessions at the facility 3 to 5 times per week for 12 hours of group therapy a week and an individual therapy session with your counselor once a week. Sometimes, the facility will offer day and evening sessions to allow for more flexible scheduling.

Outpatient programs are effective as a step-down from the more intensive outpatient programs. Research has found that the longer a person stays in some type of treatment, the better their chances for long-term abstinence. During outpatient care, you will attend counseling sessions about 9 hours per week and personal individual therapy once a week.

Holistic therapy is considered a unifying approach to therapy. It focuses on the relationship between mind, body, and spirit. Holistic therapy attempts to see and understand the way issues in one part of a person’s life can lead to issues in another. People who use holistic therapy may become more aware of themselves.

Whenever a family member struggles with any serious ongoing condition, the whole family is affected. The balance of the family shifts as each member tries to adjust and change to fit the situation. Family therapy helps family members improve communication among them and helps to resolve conflicts.

The Substance Abuse and Mental Health Association (SAMHSA) has stated that family therapy can help families become aware of their own needs and helps keep substance abuse from moving to the next generation.

Cognitive-behavioral therapy explores the differences between what we want to do and what we do. CBT is a type of “talk therapy” that focuses on your behavior and thought patterns. Through this, you can learn how your negative thoughts and attitudes can directly affect your behavior.

Therefore, CBT works by changing your attitudes and behaviors. And once you identify the connections, you can learn ways to cope and manage your thoughts and emotions during treatment and in the long-term.

DBT is a type of cognitive-behavioral therapy but it was developed to treat borderline personality disorder. However, research has shown it to be successful in treating substance use disorder.  It usually consists of individual therapy with a trained therapist and DBT skills groups.

Members of the skills groups learn and practice skills with each other, and discuss problems that might crop up during treatment. The aim is to develop new skills to manage their emotions and decrease conflict in relationships.

MI is a patient-centered counseling style that aims to help people change their behaviors. It’s used to enhance basic motivation to change by examining and resolving resistance to change.

People who have a SUD are typically resistant to treatment and the main reason they resist is that they have no motivation to stop. Their urges overwhelm morality, reason, and empathy.

MI for substance abuse directly addresses the lack of motivation shown in people who are dependent on drugs and alcohol. Because a person’s motivation tends to dwindle over time, MI is effective in reducing substance abuse, especially in the short-term

You Can Find Help in Port St. Lucie

You don’t have to suffer from substance dependence. There is help for you or a loved one at Miracles Recovery Center, right in Port St. Lucie. We have effective and convenient levels of outpatient care with a caring and supportive staff of professional medical providers.
We can design a program specifically for your needs. Our trained therapists will help you find the peace and fulfillment of knowing and understanding yourself at last. Make the first step. Contact us and see how far you can go. Typically, life becomes progressively difficult as you age. This in itself makes rehab for seniors of the utmost importance. That increased difficulty can easily lead to increased alcohol and drug abuse. There are an array of options centered around rehab for seniors to ensure nobody is disregarded in their bout with addiction. In both current addiction and recovery from addiction, women with substance use disorders (SUD) confront different challenges than men. Understanding the elements that contribute to women’s addiction treatment, makes it easier to select the finest addiction treatment clinics and increases the chances of long-term recovery.