Understanding Heroin Addiction And How To Overcome It

The global opioid crisis has been steadily increasing over the past decade, and is estimated to continue doing in upcoming years. Heroin is classified as an  opiate and is one of the most addictive drugs used today. In fact, one in four people who try heroin for the first time become addicted.

It is the leading drug in the opiate epidemic today with 20% of overdoses being caused by heroin, according to the CDC. Once someone is addicted to heroin, it can prove very challenging to stop. The effects of continuing use, however, are detrimental to one’s health and well being. Understanding heroin addiction is an important step in seeking proper treatment. Seeking help in a professional setting is necessary in recovering from this type of substance.

Heroin is a semi-synthetic opioid derived from chemically processed morphine. Morphine is extracted from the poppy plant and acts as an intense painkiller. Although these are the technical ingredients of the drug, today more than ever heroin is being combined with other lethal drugs and chemicals to produce an even more dangerous and addictive version.

The most commonly found additive is the synthetic drug “fentanyl” which is a highly lethal synthetic alternative to heroin. The highest rates of a drug overdose in the United States have been linked to fentanyl mixed with heroin.

In its purest form, heroin is a powder-like substance and is white in color. It is rare for heroin to be sold on the street in pure form, and is usually cut with other drugs.

When heroin is mixed with additives, it will still be in powder form but will look more brown or black in color. In most cases the darker the powder, the less pure the drug is. Regardless of the version being used, each heroin proves to be extremely dangerous to human health.

At Miracles Recovery Center, we can help you or a loved one gain an understanding of their heroin addiction and how to overcome it.

How Is Heroin Used?

Heroin is typically mixed with water and injected with a needle through the veins. It can also be smoked or snorted. In some cases it is mixed with alcohol, but more commonly with other powder substances such as fentanyl and cocaine.

With injecting being the most common form of heroin use, there are more health risks associated with heroin use than some other drugs. Using needles to inject heroin increases the chances of catching bacterial viruses, HIV, Hep-C, and other blood related conditions.

Heroin’s effects take place soon after injecting the drug, usually within five to twenty seconds depending on individual tolerance levels. It is quickly absorbed and metabolized by the body which results in a high that only lasts for a few hours tops. For this reason, most people addicted to heroin have to use it multiple times a day to feel the effects and avoid withdrawal. What Are The Immediate Effects Of Heroin?

As soon as heroin is ingested into the body, the intense and euphoric effect immediately rushes through the body. Heroin is an opioid, meaning it belongs to a class of drugs that create pain reducing effects and numbing sensations. These sensations are not limited to physical receptors. Emotional anguish is also diminished while the individual is experiencing a heroin “high”.

Similar to other painkillers such as pure morphine or oxycodone, heroin creates short term feelings of bliss followed by post high feelings of drowsiness. Most users report an immediate feeling of intense pleasure known as a “rush”. This is due to the opioid blocking pain receptors in the spinal cord and slowing down breathing by changing neurochemical activity in the brain.  Body functions such as breathing and heart rate have a direct effect on mood and pain levels, thus creating a decrease in negative feelings when slowed down.

Once the initial rush has passed, most users experience to some degree the following symptoms:

These symptoms may linger or continue until the heroin is used again.

What Are The Long-Term Effects Of Heroin Addiction?

Long term heroin addiction causes changes to the chemical makeup of the brain. When a chemical such as heroin is entered into the brain repeatedly, the body adjusts accordingly and alters its functionality to work with the drug. This means it changes the way signals are sent from the brain to the body to accommodate the presence and effects of heroin. Overtime, these changes become more permanent and normal body functions are impaired. The changes to the brain from long term opioid exposure can result in the following symptoms:

Heroin affects every organ in the body, not just the brain. The energy and stress it takes to process this harsh drug and try to detoxify the body takes a toll on individuals over time. Since heroin is addictive, and often used heavily every day over long periods of time- damage can be extreme. Long-term exposure to heroin can cause the following effects on the physical body:

These are just some of the many consequences possible when exposed to heroin over long periods of time. With proper treatment and rehabilitation, it is possible to bring the body back to a state of wellbeing after a period of addiction.

Treatment for heroin addiction will encompass multiple services and therapies to ensure a full recovery. The most important step in recovery is detox. This is the initial stage of addiction rehabilitation where the body is detoxified and cleared  of any toxic substances. This period is also the time where individuals experience intense withdrawal symptoms. Although detox may prove to be difficult, in a professional setting it can be managed and intervened when necessary. Some withdrawal symptoms likely to be experienced during detox for heroin include:

The initial withdrawal and detox stage only last about a week. From there, individuals will participate in a long term rehabilitation program to address their addiction.

There are two main types of long-term care for heroin addiction treatment. They both serve a shared purpose but offer flexibility for the different lifestyle needs of every individual. Speak with a professional about your addiction to find out which treatment option might be best suited for you. This will help foster individuals an understanding of heroin addiction and their recovery plan.

Inpatient care is when the individual lives on the treatment site and stays for the entire duration of their program. These types of programs offer a fully immersive experience with no external distractions or triggers. In-patient rehab programs for heroin addiction are recommended for those with more intense addictions or those attending rehab for the first time.

Intensive outpatient programs and Partial Hospitalization Programs (PHP’s) still require a lot of participation, but allow individuals to return home at the end of the night. They offer a fully supportive community and a team of professionals but allow you to maintain your independence.  These types of programs are best suited for those who have already completed a detox program or are living in a sober living facility. 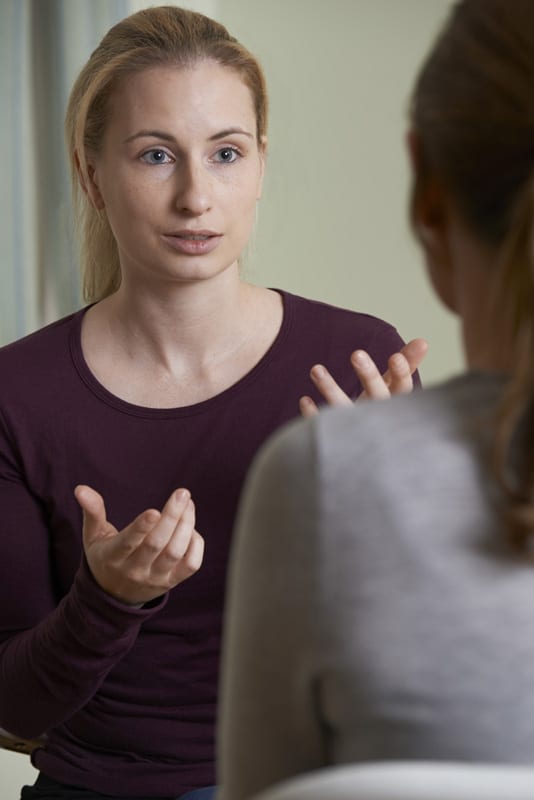 What Services Are Offered In Opioid Rehabilitation?

should include a combination of services that address both the mental and physical aspects of the addiction. Many factors are involved in heroin addiction, and options for treatment address these by including a combination of the following:

Our professionals at  Miracles Recovery are trained to handle any unforeseen bumps in the recovery road and can give you long-term care beyond detox that will ensure you find and maintain sobriety.

Counseling sessions with clinical psychiatrists and counselors will be able to address the roots of your addiction and offer coping skills that can be taken with you after your program is complete. Until both the body and mind are healed, diseases such as addiction and mental illness are not fully treatable.

Each day of treatment will have a combination of the above-mentioned services, paying special attention to those services that will help you treat an individual’s specific needs.

Heroin addiction is a serious disease that affects millions of people worldwide. Today more than ever, we have the knowledge and resources to help people from all walks of life recover from their addiction.

If you or a loved one is suffering from opioid addiction, speak to one of our representatives to find out more about our treatment options. Our staff at Miracles Recovery Center is passionate and ready to help you on your healing journey.